Unclear whether investigation into passport professor will be public

Unclear whether report on passport professor will be public

UG spokesperson Jorien Bakker says the board of directors will study the investigative report to determine ‘whether privacy concerns will allow us to publish any information and if so, which information we’ll publish.’

Kochenov, a professor of constitutional law and citizenship, was paid to advice the Maltese government on the sale of Maltese passports. Rich Russian, Chinese, and Arab citizens would buy passports for 900,000 euros a piece. The document gave them access to Malta and therefore the European Union.

The sale of passports isn’t illegal, but it is controversial. Dutch intelligence service AIVD, the European Parliament, and the Council of Europe all warned of the passport business’ risk to security. They’re worried that malicious intelligence services might use the business to gain free entry to the EU.

Initially, the UG didn’t see Kochenov’s extracurricular activities as an issue, but the university decided to commission an external investigation into the passport trade after television programme Nieuwsuur devoted a broadcast to it. Kochenov was allowed to continue his work at the UG during this investigation.

The professor, who is a renowned expert and speaker on the subject of passport trade, did have to cease his extracurricular activities. He served as president of the Investment Migration Council, an organisation that promoted the trade in residence permits and passports, among other activities.

The board saying it doesn’t know whether they’ll make the report or parts of if public is directly at odds with educational minister Ingrid van Engelshoven’s answers to parliamentary questions in January. The minister wrote that ‘the UG has said the investigative report will be made public. Its dissemination and how much is made public is the UG’s responsibility’.

In the same answering session, Van Engelshoven said the UG would have the results of the external investigation in the first quarter of this year. Because no results have been announced, CDA, SP, D66, and PvdA members asked more parliamentary questions last Friday.

The Lower House members reminded the minister that the investigation should have been finished by now, that it was supposed to have been published and sent to both the Inspectorate of Education and the educational minister herself. The MPs also wanted to know if Kochenov advised on the sale of passports at all between September of 2019 and now. 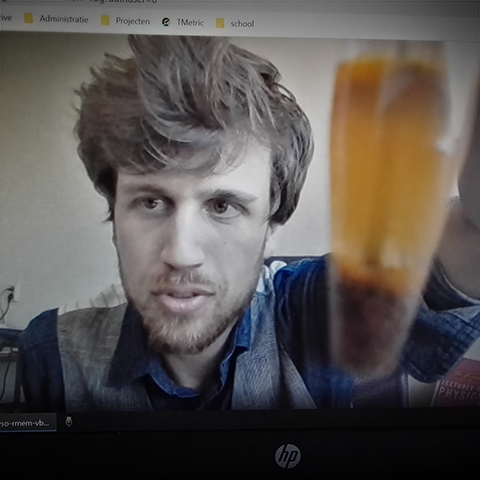 The new kid on Zoom