The conflict between the UMCG and the scholarship PhDs started back in January. The MD/PhDs – PhD students in a special programme who are both getting a degree and studying to be a medical doctor – submitted an official complaint against their status as student at the UMCG. They felt they were doing the same work as employed PhD students and demand to be paid the same.

Their demand mirror that of scholarship PhDs who last week published a manifesto demanding the national experiment, which sees them getting a scholarship rather than a work contract, be stopped. 667 people have since signed this manifesto, including two hundred scholarship PhDs.

UMCG points to the RUG

‘Back then, we made an attempt to reach an agreement through meetings between a representative of the students and a delegation from the UMCG board of directors’, says lawyer Dino Jongsma, who is representing the group on behalf of the Landelijke vereniging van Artsen in Dienstverband. ‘But the UMCG pulled out.’

The MD/PhDs objected to this on July 29. ‘Since then, the UMCG is being represented by law firm PlassBossinade’, says Jongsma. ‘Any and all contact has gone through them.’

Last Monday, the UMCG came out with a reaction that said the PhDs had gone to the wrong authority. ‘The complaint was addressed to the director of the Graduate School Medical Sciences’, says UMCG spokesperson Joost Wessels. ‘But he is not the qualified authority in this case and his letter is not an appealable decision they can complain about.

In other words, the UMCG should never have made the decision. They say the ‘qualified authority’ in this case is the RUG. ‘We’ve forwarded the original letter dated January 21 to the board of directors’, says Wessels. ‘They will make a decision as soon as possible.’

This is a setback for the PhDs, who have been waiting almost a year for a response to their complaint from January.

Jongsma said earlier that he is undaunted by the negative decision. ‘It’s fine’, he said. ‘It’ll mean we’ll have an actual case. These PhDs want to be treated equally. But we can’t start a case until this procedure has concluded.’

Now, the PhDs have to wait for the RUG to make a decision. If that decision is negative, they’ll have to start another complaint procedure.

PlasBossinade lawyer Robert van der Velde confirms that he is representing the UMCG in this case, but says he can’t comment. 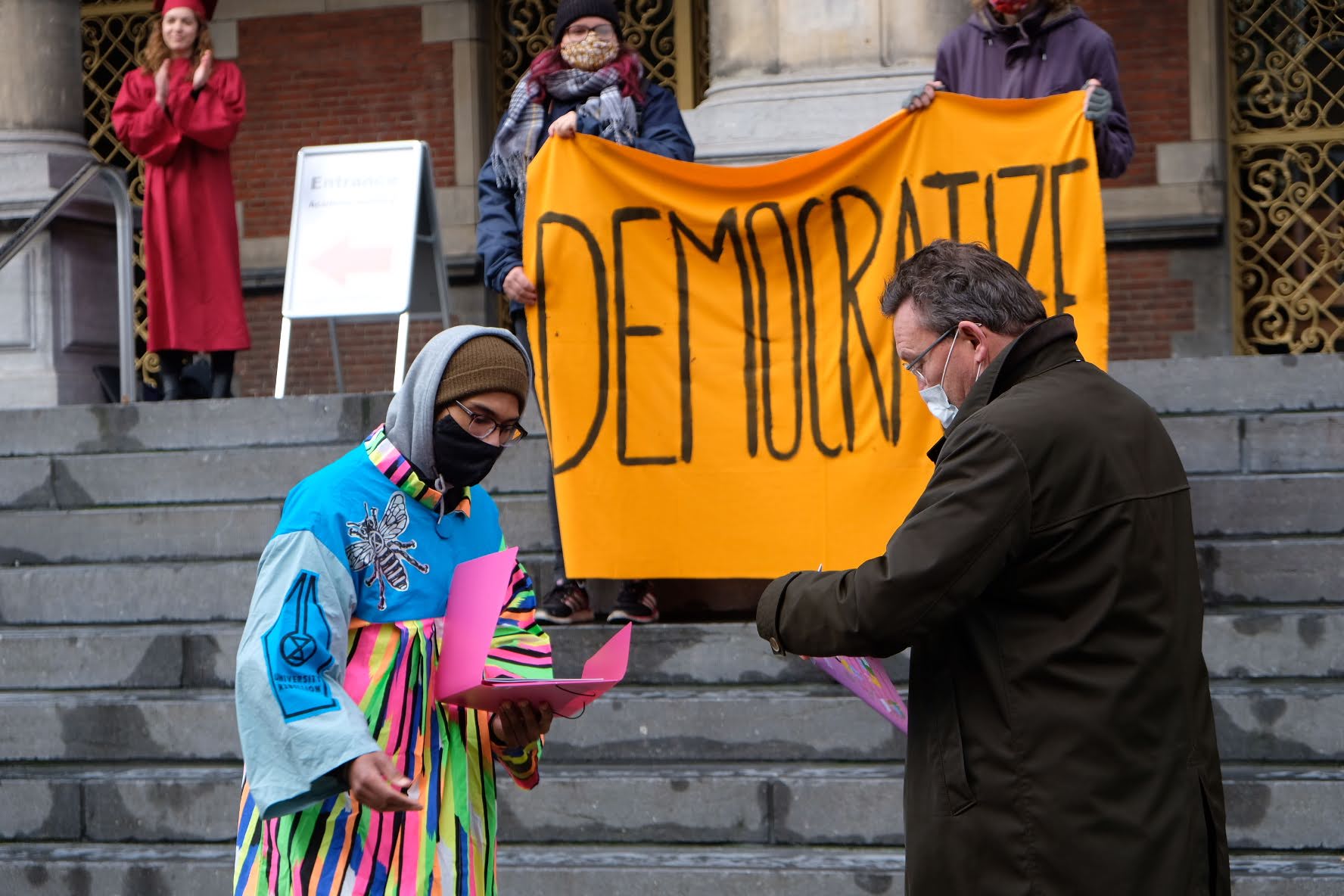