Students are still getting used to changed exam times

Suddenly, there are four exams a day at the Aletta Jacobs hall rather than three. They start earlier, last until late at night, and lead to more hustle and bustle around the building. Students are having a hard time getting used to the change.
Door Paulien Plat / Translation by Sarah van Steenderen
30 October om 11:12 uur.
Laatst gewijzigd op 30 October 2019
om 11:13 uur.
October 30 at 11:12 AM.
Last modified on October 30, 2019
at 11:13 AM.

The first few students slowly trickle into the Aletta Jacobs hall, still looking dazed. It’s exam time, and the first exam, which used to start at nine o’clock, has been moved to eight thirty. International business student Bart Rijkens (24) had to be at the hall even earlier: ‘I’m allowed extra time for my exam, so they had me start at eight’, he says after his exam.

Bart said it was hard to focus. ‘I’ve never had any classes start at eight, or even at eight thirty. I’m completely thrown off my rhythm. I went to bed at eleven but couldn’t fall asleep.’

More students are having a hard time getting used to the change. ‘Our circadian rhythm is just different’, says law student Maartje te Brake (20). ‘We simply aren’t properly awake at eight thirty.’

But the late exams also pose a problem, says Maartje. Last Monday, she had to sit an exam from seven to ten in the evening. ‘I had lost all focus by the end. At some point, I just sat there laughing.’

Maartje hasn’t really noticed the extra hustle and bustle. ‘It’s always been busy at law exams, so I haven’t noticed much of a difference’, she says. Ilse Thomson (22), econometrics student, agrees. ‘We were always packed like sardines before exams started.’

During the exams, supervisors make sure that no one causes a disturbance. Students who are making too much noise are told to leave. Bart says this works. ‘I never hear the people outside in the hall.’ 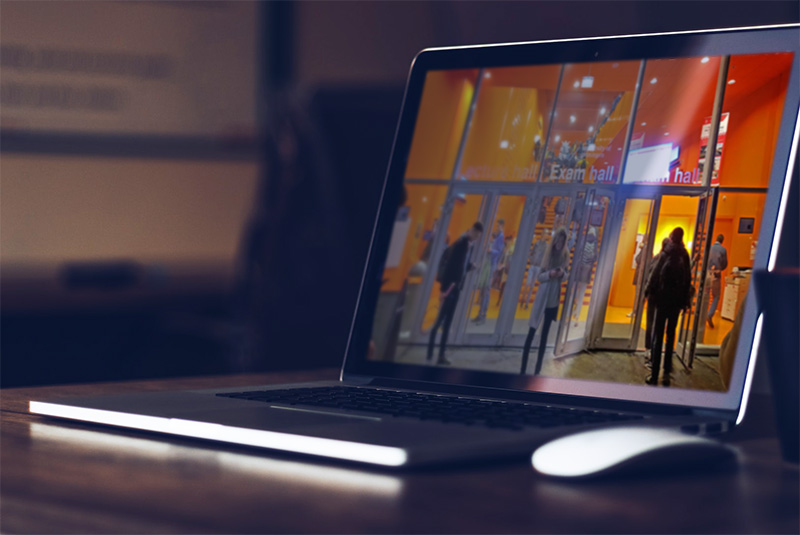