In a bid to avert a repeat of last year’s housing crisis, RUG, Hanze, the municipality and housing providers have come up with an emergency housing plan. Where can you go if you haven’t yet found a room in Groningen?
By Edward Szekeres

Students who have arrived in Groningen without pre-booked accommodation and are still without a home can now take out a room in the Esdoornflat complex in the north of the city. The 120 private rooms with shared facilities can be rented for a period of one or two months, until either 9 September or 9 October 2019 at the latest. Rooms go for 372 euro a month, or 12 euro a night.

‘The 9 October deadline is strict and can’t be extended, as the complex will be renovated shortly after that’, says Lisette from housing company SSH, which co-manages the building with Lefier, a social housing enterprise.

The fixed end date also carries a motivational element in it, says Monique from SSH. ‘This way, students know they must look for permanent housing before their contracts expire.’

Interested students should personally visit the booking office next to the Esdoornflat, as online reservations are not possible. ‘This housing is designed specifically for those who are already in Groningen and still struggle to find a room’, explains Monique. Enabling online reservations would have defeated the purpose of temporary emergency housing, ‘as rooms would have been booked out almost immediately’, she adds.

As of Monday afternoon, only nine rooms have been contractually booked, all by first year international students. But the more than a hundred rooms that are still up for grabs will likely be claimed fast. ‘We expect the number of bookings to rise rapidly once the weekend approaches and KEI-week is over’, warns Lisette.

This accommodation was set up in the wake of a housing covenant signed in November last year by the RUG, Hanze, the municipality, housing providers and student unions. The document outlines the foundations of intensive cooperation between the signed parties.  It came as a response to the 2018 housing crisis that spiraled out of control and forced students to live in abandoned schools and hastily assembled tent camps.

The Esdoornflat is one of several emergency shelters designed by the covenant’s signatory parties to accommodate the peak influx of students at the start of the academic year. Once the Esdoornflat is fully booked, eighty additional beds will become available at the Village, a short-stay container complex with an on-site gym and restaurant. If both these locations are fully occupied, one hundred extra beds will be made available at the Metaallaan, in a former school.

The municipality expects approximately 4500 new international students in the city this year. The RUG currently estimates more than 3000 newcomers, 250 more than last year. Hanze’s expected total is 1200 new internationals. But these numbers are merely provisional, the municipality warns in a recent press release, as many EU students can apply for higher education until 1 September. Definite numbers will be released on 1 October.

Last year, 415 extra rooms were made available at the Suikerlaan and Vondellaan locations. This was still not enough to prevent a major housing crisis. As a result, 943 new rooms are being created as structural housing for young people and students at several locations around the city. While these won’t be specifically assigned to foreign students, they will facilitate a flow in the housing market that could unlock new housing options for internationals. 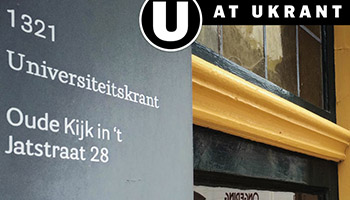