The big fight for grubs and nests

Most people only know great tits as that cute little bird that pecks away at the food you left out in the garden. But biologists at the RUG discovered the great tit is a ruthless killer. One of the causes of this killer instinct is climate change.
By Rob Siebelink

Biologists studying great tits and pied flycatchers have concluded that climate change is intensifying the skirmishes between the species during nesting season. Great tits have been known to kill approximately 10 percent of flycatchers in certain years, the RUG researchers wrote in an analysis published in Current Biology.

‘They can be particularly aggressive during nesting season’, biologist Jelmer Samplonius says. He studied great tits and pied flycatchers during his PhD research at the Groningen Institute for Evolutionary Life Sciences (GELIFES), which is affiliated with the RUG. During field research, Samplonius regularly came across the result of that aggression: a dead flycatcher in a great tit nesting box.

‘If a flycatcher enters a tit’s nesting box, it’s as good as dead’, Samplonius explains. ‘Great tits outweigh them; flycatchers are built to migrate between Europe and West Africa. And great tits have strong talons.’

Most of the dead flycatchers perished from head wounds. ‘It also looks like the tits eat their victims’ brains.’

The two species have always been rivals when it comes to nesting space. ‘Pied flycatchers try to steal the tits’ nesting boxes. They don’t stand a chance in a fight, but they are better at flying’, says Samplonius. Flycatchers will fly around the tits trying to build a nest until they manage to chase them off.

The fight between the species is worsened by climate change. Both birds need to ensure their young hatch during a peak in the caterpillar population, the timing of which depends on when trees grow their first leaves.

But the temperature increase means this keeps happening earlier in the year, and the warmer winters means that great tits have a greater chance of survival. The increase in tits leads to greater competition for the flycatchers, leading to an increase in conflicts when the latter are trying to nest.

The biggest problems occur when there is a cold spring; great tits delay in building their nests while the flycatchers arrive early from Africa. This means their nesting seasons overlap, causing fights.

This means that great tits kill up to 10 percent of the flycatcher males looking for a place to nest in a period of just just two weeks. 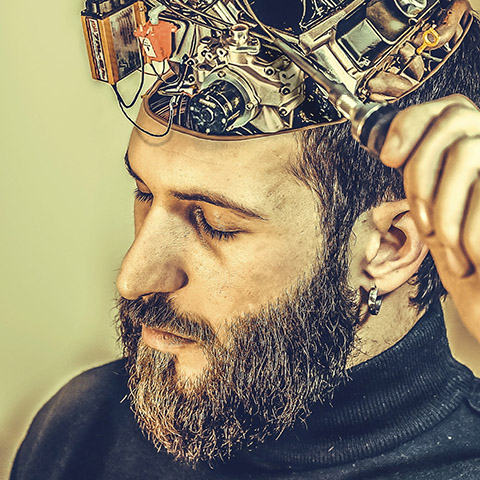 We’re one step closer to a brain computer